One hundredth anniversary of the Polish mining supervision

On Friday, 24 June 2022, the Polish mining supervision celebrated its anniversary under the patronage of the President of the Republic of Poland, Andrzej Duda. At 8.15, the employees of the Office and a part of the guests who came to celebrate the anniversary despite bad weather, dressed in miner uniforms, all stood in front of the main entrance to the State Mining Authority to pose for a commemorative photograph.

Another part of the anniversary celebration took place in the Katowice Concert Hall. Among the hundreds of invited guests, there were representatives: of the Polish President, state authorities, regional administrative authorities, local governments, the clergy, the army, trade unions, institutions cooperating with the State Mining Authority, and delegations from mines from all over Poland, extracting various minerals (hard and brown coal, natural gas, crude oil, copper ore, aggregates, salt, sulfur).

(...) Thank you for your efforts towards ensuring security in mining, which is an incredibly important and extraordinary industry. (...) Responsibility for Polish mining and its future development is primarily in your hands. The expertise and experience of the staff of the State Mining Authority in Katowice and of district mining offices operating in the country is invaluable and deserves the highest praise. (...) As the President of the Republic of Poland, I’d like to thank you for your vast accomplishments, for the 100 years of safeguarding the interest of miners and residents of mining areas, for your readiness to face the most demanding challenges. (...)

Next, Andrzej Dera awarded medals and decorations on behalf of the President of the Republic of Poland for merit in improving the level of safety in mining, and for contributions to the development of national economy. Krzysztof Król, Adam Mirek and Piotr Wojtacha were some of the recipients of the Order of Polonia Restituta, for their merit in Polish mining.

This anniversary celebration also served as an opportunity to honor the employees of Polish mining supervision offices by presenting them with industry decorations.

During the celebration, all attendees honored the victims of recent disasters which took place in the mines of the Jastrzębska Spółka Węglowa in April with a minute of silence.

The celebration of the one hundredth anniversary of the Polish mining supervision was closed by a performance of Wolna Grupa Bukowina.

The anniversary of the State Mining Authority was supported by the editorial staffs of: TVP Katowice, Dziennik Zachodni and Strefa Biznesu, “Trybuna Górnicza”, nettg.pl, “Gość Niedzielny”, and Radio eM. 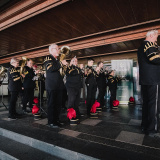 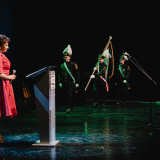 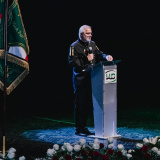 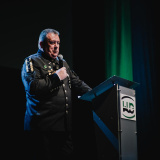 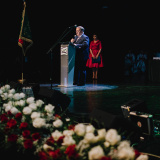 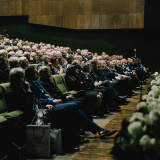 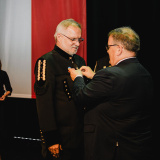 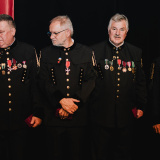 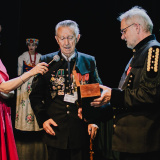 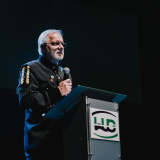 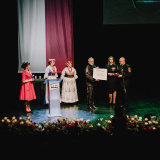 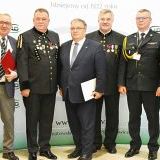 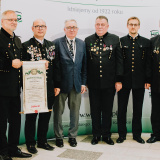 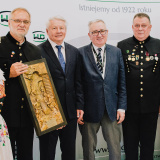 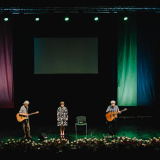